Here’s the first practice in the series.
This is the one for the body – health and well being, but  it has implications in all parts of our lives.
Very simple – enough good quality sleep.
Good quality means a reasonable amount of time in each of the three states of sleep
Light sleep, deep sleep and Rapid eye movement sleep (REM) when we dream.
Quantity – that means about seven hours.
I used to say as many people do – oh I can make do on less – 5 hours, 4 hours, whatever it might be, but the truth is
there is a big difference between ‘making do’ and being in a focused, balanced state.
‘Making do’ means  not getting what you need, but not doing anything to change it.
We all do it – and doesn’t seem to be a big deal.
Actually it is. Sleep is important  and something we do not usually value unless it is disturbed.

First, the negative view – what are the consequences of too little sleep?
Here’s a few facts.
In the UK, as well as other countries, we have daylight saving time. This is when the clocks go forward and you lose one hour of sleep
the following night – it happens every year at the end of March.
The next day the figures for road traffic accidents spike.
For the next three days there are increased heart attacks, increased suicide attempts and an increase in the average length of sentences handed down by judges. Then the rates normalise again. That’s losing just one hour of sleep. Don’t come before a judge in the UK at the end of March.
Undersleeping, in other words getting less than six hours a night consistently increases the risk of heart attacks, cancer and Alzheimer’s.

On the plus side, sleep consolidates muscle memory and increases memory retention from the previous day by up to forty per cent.
REM sleep takes the memories, sorts them and integrates them.
Deep sleep seems to be necessary for the brain to move memories from short term to long term storage.
We also know that we get short tempered and tend to overreact when we are short of sleep and this is backed by research. The amygdala, (the part of the brain stimulated by threats and strongly involved in the emotions of fear and anger), is much more strongly activated the day following a poor night’s sleep and this makes it harder to regulate our emotions.
There’s no doubt, if you want to perform at a high level, remember more and be more focused and creative, then the answer lies no further than your pillow.
And in these specially stressful times, we need every  advantage we can get.
Our second practice (for the mind) will follow in a few days. 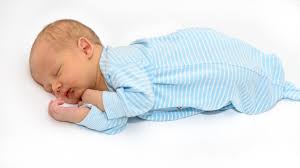 Video of the week – featuring Jeff

You can unsubscribe at any time. We never share your data without your permission.